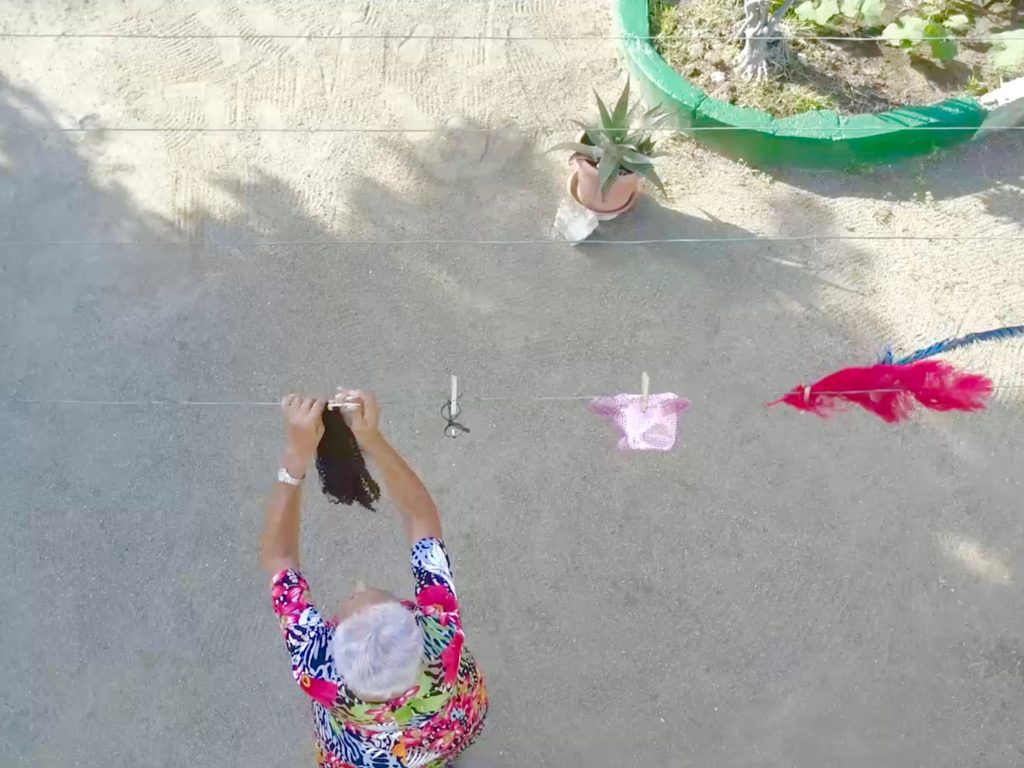 ORANJESTAD — From the first moment I heard the recording of an original waltz composed from scratch by Aruban musician Chris Kross, I was left in awe.

The sound was so familiar yet clearly consisted of that Kross-touch, those familiar with Chris' music will know exactly what I mean. In his message to me he said "This is Lizemarie. It has no specific meaning other than friendship in any way shape or form. The sound is strongly inspired by Aruba. I left one part of the song open for you to recite a poem on it." I played the track again to identify that part but to me, the entire song felt open as it was instrumental. So I messaged back reminding him that I am just a poet and would require more specific instructions. He laughed and said "1:56 - 2:15min" and I got to work.

It didn't take me a lot of time to come up with the sentences. Ever since I moved back to Aruba, I spent a lot of time feeling the energy of our culture and contemplating on the elements I feel shape this island. A short meditation led to a poem I believe summarizes my interpretation of the Aruban identity and how friendships are formed here. We are proud and fanatic yet open and flexible. Our past does not define us nor does it limit us, rather it guides us in being dynamic. It allows us to recognize joy in others and encourages us to welcome happiness in all forms:

After I shared the poem with Chris he expressed his plans of making a video clip. He said he didn't know exactly what he wanted to portray so I told him the images that come to my mind when I hear the song. He asked me if I would produce the video and I - sensing that uncomfortable feeling telling me when I should say yes - immediately agreed. The abstract notion of Lizemarie guided me to create all the scenes in this video. Hanging clothes to dry outside is such a familiar and comforting sight. I never realized how much I missed it while living in The Netherlands for 7 years. Even here on the island dryers are increasingly being added to households.

I thought about some objects that may help us all find out more about Lizemarie and asked my grandmother to hang them on the line while we recorded her. The most iconic object to me is the traditional Aruban cookie. I wanted to give it a bigger role in the video clip so I let Chris set up a kiddie pool where the cookie can float, perhaps ceremonial, or just to refresh itself from the intense Aruban sun. Extending its role and solidifying its importance, the cookie is taken out of the pool before it sinks and placed into a wheelbarrow to join Chris and myself to the next scene. Perhaps to be placed on the line once more to dry or anything else for that matter. Lizemarie is a feeling. It is a beautiful name that happens to be the title of an original composition of a monstrous waltz by Chris Kross. To me, Lizemarie is the sound of my past resonating in blissful freedom.