From artist to auctioneer 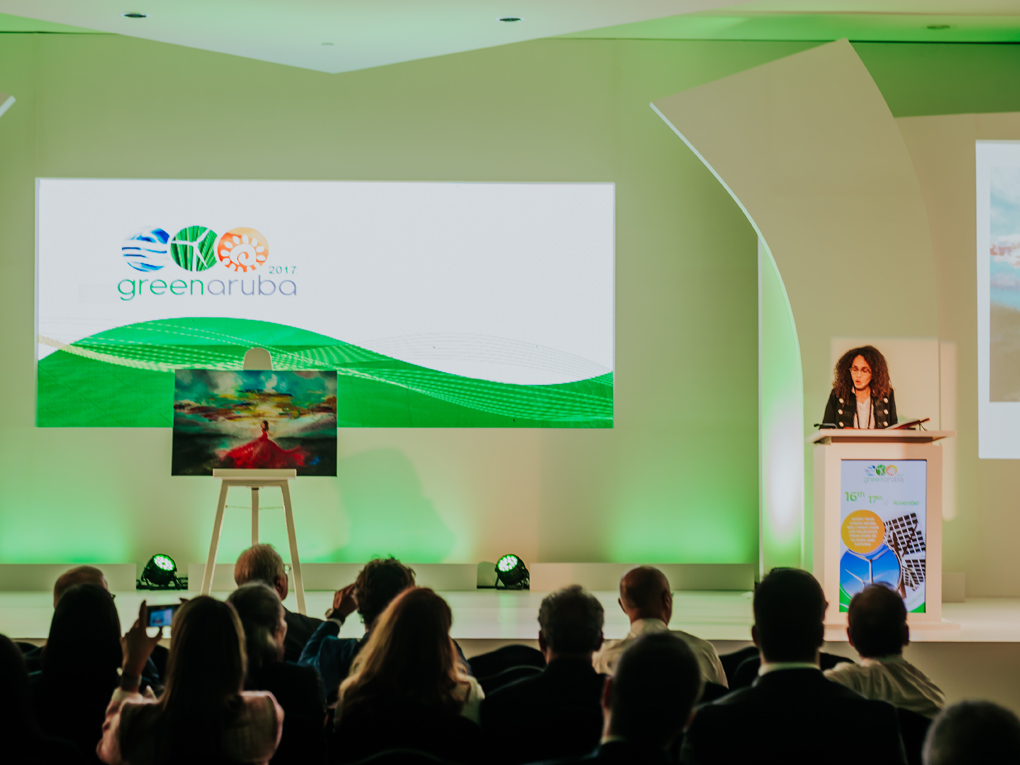 ORANJESTAD - The Green Aruba Conference VIII was held on the 16th and 17th of November 2017. This year, the organizers decided to hold an art auction to collect funds in order to help our neighbors in the Caribbean affected by the hurricanes last September. I was excited to be approached to take on the role of the auctioneer.

Since I had never done anything like it before, I watched a couple of videos of high profile art auctions and met with the organizing team to create our plan of action. Nine art pieces were donated by local artists. We decided to split the pieces in two groups in order to hold the auction on both days of the conference. Four pieces were scheduled on the first day and five pieces were set to be auctioned on the second day.

Considering silent auctions are more customary here on the island, I proposed to hold a practice round before we started the auction. During the practice round, I would auction my own art piece. I was happy the organizers accepted my proposal and started thinking about what I could bring that would loosen everyone up, increase comfortability, diminish the awkwardness and, at the same time, familiarize everyone with the rules of the auction. 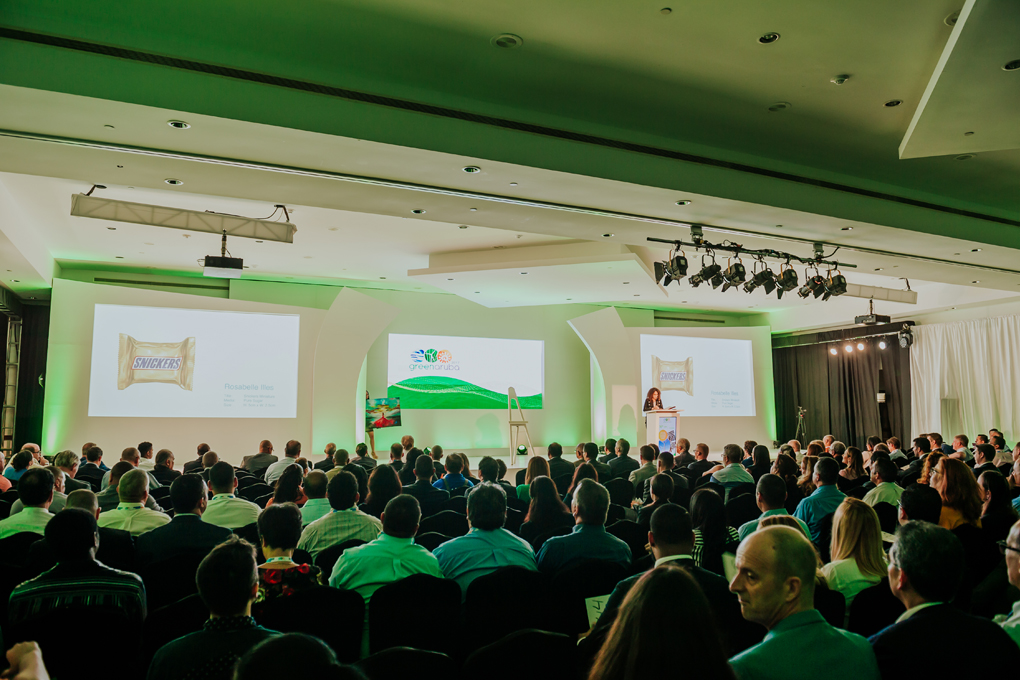 On the first day I auctioned a snickers miniature bar. As soon as the image appeared on the screen I heard giggles in the audience. The text I read, which described, the art piece was as follows:

Heavily influenced by Andy Warhol, Snickers Miniature pertains to the pop-art visual art movement. The piece represents a perfect eradication of guilt by satisfaction as the miniature is smaller than both the full-size bar and the fun size bar, making it the perfect size for carefree indulgence. The starting bidding price is set at $10.000,00

At first, no one in the audience dared to raise their bidding board. Once I assured them that it was just a practice round, the boards went up. After a few bids I stopped at the highest bidder—even though at that point the boards were still flying up with each raised price—and I handed the snicker bar to a gentleman in the audience. 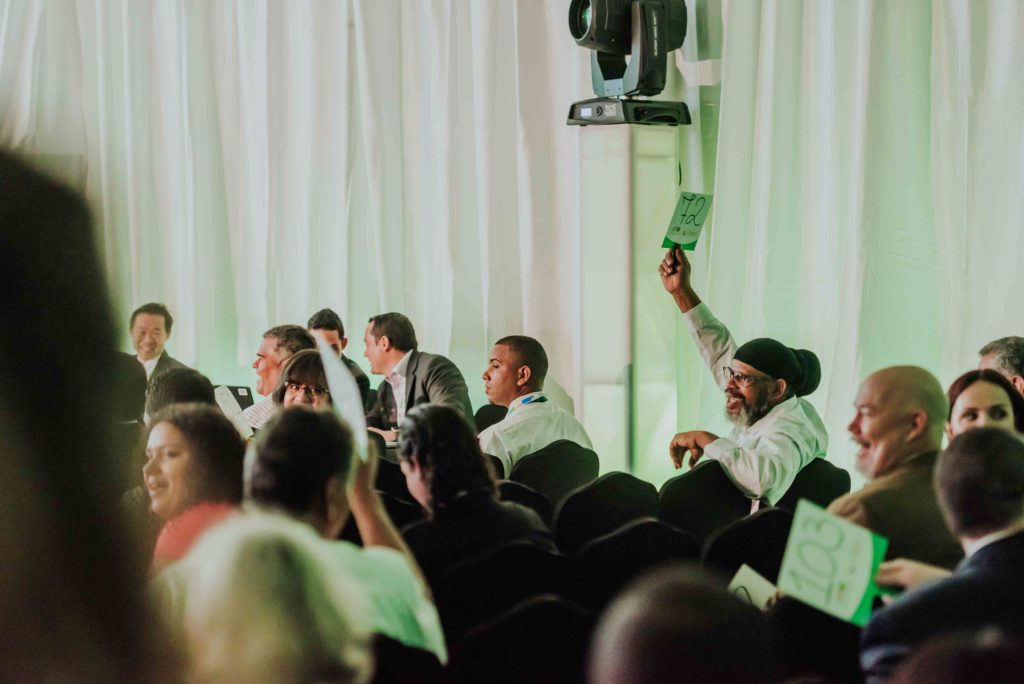 We then proceeded with the real auction and the first four art pieces raised a total of $12.0000,00. On the second day, I brought one of those keys that pertain to locks typically used to secure suitcases. The text I read, which described my art piece for the practice round, was as follows:

The Key forms part of a series of objects that on their own seem worthless but when put to use, reveal a priceless value. The artist assures that the lock to this key exists, you just have to find it. This series is heavily influenced by American artist Jeff Koons, who is known for his reproductions of banal objects and holds the 58.4 million dollar record of the most expensive work by a living artist sold at an auction. With The Key, Rosabelle aims to break Koons’ record. The starting bidding price is set at $58.4 million.

The lady in the picture below raised her board once we reached $100million. I decided to stop the practice round there and handed her the key. Afterwards, I thanked her for helping me make history by breaking Jeff Koons' record. 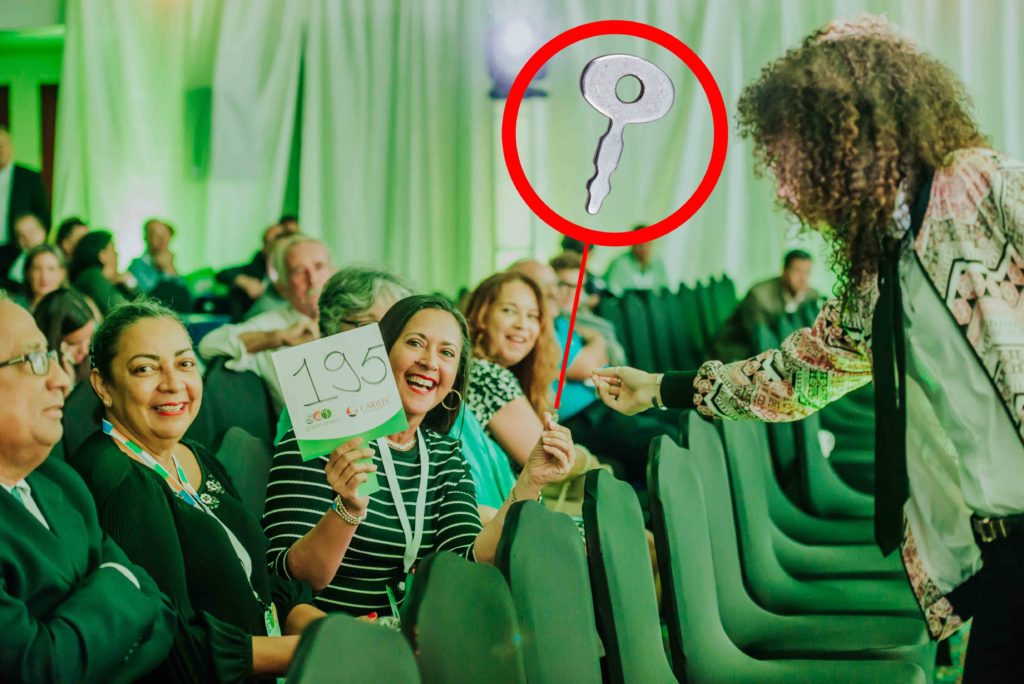 The two days resulted in a total amount of $33.0000,00 raised, which will be transferred to the Caribbean Electric Utilities Services Corporation (CARILEC) Disaster Assistance Program (CDAP) fund for disaster relief and electricity restoration. Congratulations to the organizers of Green Aruba Conference on realizing this important initiative to help our neighbors in need and for allowing me to yell "SOLD!"